Pursuing MBBS in Kyrgyzstan in 2023-24 will make you a part of a 70-year-old rich legacy of Osh State University which was established on the 24th Of May, 1951 and was legalized on the 17th of June, 1992. Studying MBBS abroad is also about the newness that going to a whole other country brings with it and the city of Osh will never fail you with it’s pleasing atmosphere and an inspiring Osh University campus.

We understand that going for an MBBS abroad is a challenging decision and taking admission in Osh State University will be a comfortable and a convenient experience for you because the authorities there are consistently striving to make student life better. With all the academic resources in place, Osh University ensures that all aspirants are able to express their intellectual and scientific prowess to the best of their abilities. For a smoother and a happier life at the campus, The University has gymnasiums and recreation centers in place where students could play sports together and engage culturally.

Why should you study MBBS in Osh University?

An MBBS in Osh State University will give you the following advantages:

The second-biggest city in Kyrgyzstan, Osh is commonly known as a student-hub for its wide offerings in education, technology, and science. With the rugged Ferghana Valley surrounding the city, Osh is a mountainous heaven. The city borders Uzbekistan, with a tall mountain range between Bishkek and Osh which is the administrative southwestern hub of Kyrgyzstan. Population wise, Osh houses ethnically mixed people totalling 281900 as of 2017. Cinemas showing the latest Indian, Russian, and English movies; Sports centres such as Billiards clubs, stadiums, and ski centres; and swimming pools across Osh, the city has a bustling life. The commonly spoken languages in Osh are Kyrgyz and Russian with the city temperature hovering around 11°C. Rainy winters, warm summers, and a generally cold Osh climate is due to the city hoisted at 978metres above the sea-level.

For economically low Osh State University fees, the students there live an excellently happy, healthy, and a versatile life. Overall personality development is given great attention to, rather than just pure academics.

The City of Osh and The Cost of Living

Apart from the low Osh State University fees, we researched for the costs of everyday things you might need such as:

While quality course and comfortable facilities are necessary for a great experience of studying MBBS abroad, one thing that truly assures you to consider Osh State University admissions is the worldwide recognition that it has received from: 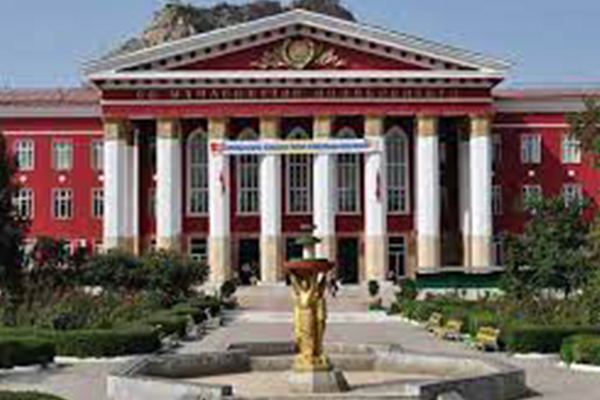 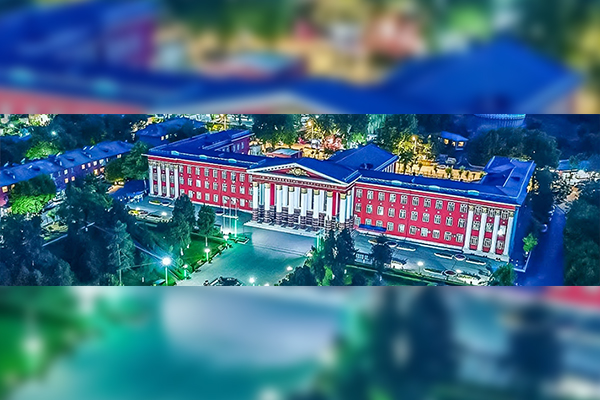 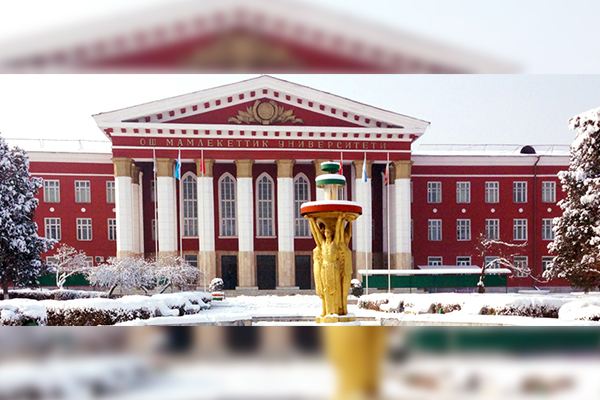 We all know that taking admission to higher education for an MBBS abroad has thorough processes for students to follow. Osh State University admission requirements are:

Just keep in mind the following key guidelines given by the Osh State University admission office and it will be easy for you to follow through:

Keeping in mind the financial challenges of today’s education, Osh State University annual tuition fees are kept extremely low. Combine that with the basic cost of living, and you will notice that studying MBBS in Kyrgyzstan even in 2023-24 is a cakewalk. The detailed split of Osh State University fees is:

While the university suggests the option of dormitories for the 1st year students, the hostels are posh and have facilities like:

One of the major considerations for MBBS in abroad is the excellent academic exposure. Osh State University, Kyrgyzstan, world ranking goes higher each year due to its result-oriented syllabus.

The final year at Osh University is entirely engaged in internships and work experience around the world at the hospital of your choice. However, only once the student clears the final year examination is he/she allowed to graduate.

For the medical education at Osh State University to begin, all the aspirants must ensure to submit the following documents:

While many universities abroad have certain rules before letting students enter the campus, Osh State University admission office has laid out some simple criteria to follow:

In order to study MBBS at Osh State University, you must adhere to the instructions mentioned below:

Osh State University admission requirements begin with filling up the online application form from the university portal along with the submission of all the necessary documents.

Studying MBBS in Kyrgyzstan is possible only after 30 days then once the Visa approval arrives.

After that, the institute ensures that Osh State University fees are duly paid in order to decide your details of departure – like the date and day of arrival in Kyrgyzstan.

The reason why Osh State University world ranking falls in the top 9000 colleges in the world is because of its students’ outstanding FMGE performance. The 2019 statistics look like:

Not just in medicine, the University educates students the world over in an array of courses ranging from Law, Medical Education, Social Sciences and Social Work, to International Relations and Economics, too. Being a member of European Association of International Education (Netherlands in 1997) and the International Association of Universities (France in 1995), Osh State University has also been indulging actively in networks such as the DAAD, the NISSCUP, the ACCELS, the IREX, the INTAS, the CEP, and the TEMPUS-TACIS. Not only this, the University has been collaborating with over 90 institutions – both public and higher education, foundations, embassies, and diplomats from countries in the vicinity and across the globe. About 100 University students display rigour in international educational systems of countries like the USA, Japan, Turkey, South Korea, Germany, etc. Apart from this, about 14 Osh State University graduates pursue masters and about 6 students are pursuing doctorates and PHDs in Turkey, Pakistan, Germany, Canada, and the USA. Thus, for such low Osh State University fees, you could even study in the likes of American Medical Institute for a term due the advanced exchange programs at Osh State University and its friendly relations with universities the world over.

We know that Osh State University is an excellent place to study and become the best medical practitioner with low fees and higher returns. However, you may have some doubts. We researched them and found answers to those:

Does the University have approval from MCI?

Yes, the university is approved by the Medical Council of India.

What accommodation facilities does the university provide?

The university offers safe hostels (dormitories) at a low cost and luxurious rooms.

When do the university admissions begin?

You can start applying from September or February of the year.

What are some of the entrances that I need to qualify to take admission at the university?

No entrances are required by the university. However, NEET is required if you wish to pursue a career in India.

What are the holiday cycles at the university like?

The university gives holidays to students after the final semester of the year is over for 2 months in which students can go home.

Is direct admission to the university possible without the NEET?

Yes, NEET is not necessary for admission to the university.

How much money will I need monthly apart from the tuition fees to stay in Osh?

To stay in Osh, about ₹20,000 monthly should cover you adequately.

Where does the university rank worldwide and countrywide?

The university holds the 8th rank in Kyrgyzstan and has 4 star rating worldwide. 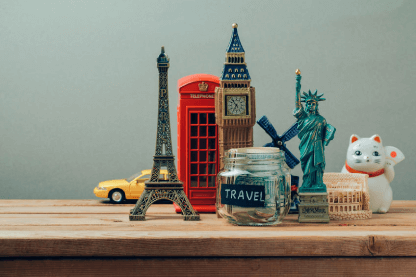 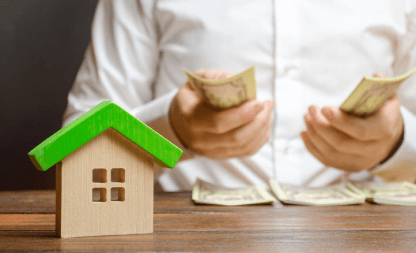 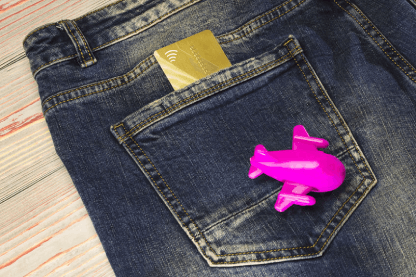 Apart from the MBBS course at Osh State University, you have the liberty to choose from a wide range of medicine courses like:

Similar to all the MBBS courses in Kyrgyzstan, Osh State University offers a 5-year MBBS programme stressing on the academic and the clinical aspects of medicine. Being recently reduced to 5-years from the 2018 batch onwards, Osh State University MBBS programme inculcates thorough industrial and practical exposure from renowned and university-affiliated hospitals and clinics.

Deciding to do an MBBS in abroad also factors in the significant problem of language barriers. However, Osh University uses English as its primary medium of instruction. All the international students are taught in English whereas for national and the local students, there is an option of studying in Russian.

The Osh State University Address is as follows:

For all your international cravings, Borsok is a budget-friendly diner offering Asian, European, and American fast-food with a comfortable atmosphere.

Go to the local Italian café for cheesy Pizzas and Pastas to satiate your hunger along with a breezy, white vibe.

If the international palette of yours is missing your favourite European café round the corner, hit Brio for a cosy ambience, vegan friendly menu, and European fare worth indulging in.

This beautiful beige café with calming atmosphere serves Japanese, Azerbaijani, and a European cuisine. Their steaks are to die for!

Where can we take you & you’d love to go your search for quality medical education ends here gold standard for MBBS Abroad
Help & Support
Get A Free Counselling
Close
Hello! How are you today?

Let Our Expert Counsellor’s help you and answer you all questions/doubts. As always, we give Honest Advice, Guaranteed Admission, No Donation.